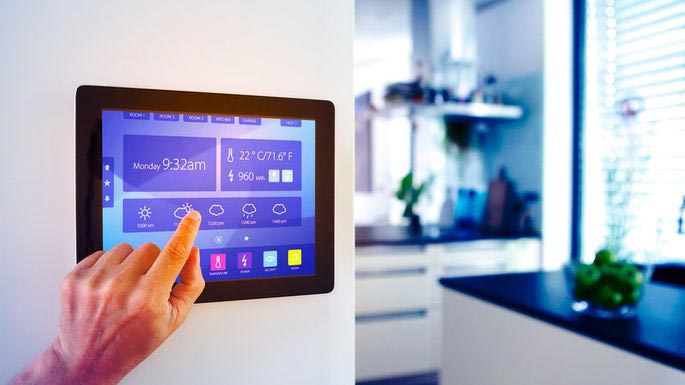 Regret No. 1: Going too trendy

Beware of falling for decor fads when it comes time to pretty up your home.

“I had a seller whose home’s original lighting fixtures were pretty standard brushed nickel and oil-rubbed bronze, circa the 2000s,” says Monica Weddle, a real estate professional in Raleigh, NC. “They were nothing offensive, just boring.”

The seller, thinking the home needed more of a “wow” factor before she put it on the market, swapped out all of the perfectly serviceable lights for bold midcentury fixtures, to the tune of around $2,000.

“That’s great if you’re sure your buyers are going to love that style,” says Weddle. “But her eventual buyers didn’t. In fact, they made an appointment for the day after closing to replace every single one.”

We live in a plugged-in era, but living in a house surrounded by technology is not everyone’s cup of tea.

“One seller of mine decided to make his home high-tech and had the lighting, window shades, and sound system all controlled from his phone,” says Steven Gottlieb of New York’s Warburg Realty. “He paid a lot of money for these expensive bells and whistles. But none of the prospective buyers who came in cared.”

Instead, buyers were all focused on the space itself—and the lack of light and poor views.

The eventual buyer turned out to be a person interested in tech and smart homes. But by the time the deal closed, he felt the apartment’s technology was outdated and therefore wasn’t interested in paying extra for the existing features.

Regret No. 3: Adding a guesthouse

Not every home shopper dreams of bringing in extra income by renting out the guesthouse. Joel Bennett of the vacation platform of Tokeet.com found this out the hard way when selling his first house in Merida, Mexico. His real estate agent convinced him finding a buyer would be tough, so a week after listing the home, he made the rash decision to renovate the detached guesthouse to function as a vacation rental property, thinking this would add value.

He spent about nine weeks—and $3,000—on the project while the property was on the market. The exterior was painted, interior floorboards were resurfaced, and the stairway was replaced.

“I did a lot of the work myself, since I had a bit of free time back then,” says Bennett, who was proud of the restored space.

“Then some eccentric character approached my real estate agent with an offer right on the nose,” says Bennett, who accepted the offer. But lo and behold, the buyer ended up demolishing the guesthouse.

To add insult to injury, Bennett says the buyer put in “a swimming pool where the guesthouse stood with a gaudy stone wall waterfall at the shallow end.”

Regret No. 4: Rehabbing the roof

At first blush, rehabbing a major system in the house—like the roof—may seem like a no-brainer way to attract a buyer. But it’s not always worth it.

“I worked with sellers who were told by numerous buying agents that if they replaced their roof, then they could sell their house quicker,” says Shawn Breyer, owner of Georgia’s Breyer Home Buyers.

Without talking to their own agent, the sellers tore off the roof and installed a new one—a decision that cost $11,390. When the project was done, the house sat on the market for months, despite the brand-new shingles.

“To move the property, the sellers ultimately had to reduce the price by $17,000,” Breyer says.

Not only did the roof not make a difference in the home sale, but the decision to sink money into the repair led to a total loss of $28,390.

What the sellers should have done, according to Breyer, was to look at the recently sold houses—not just those that were listed—in their area to determine what to fix or leave alone.

Regret No. 5: DIYing to cut corners

Some home improvements are better left to the pros. It’s a lesson Debra Carpenter learned the hard way when she put her first house up for sale.

“I thought I was going to easily flip it for a giant profit,” the Idaho-based real estate agent says. “Instead, I made all kinds of unneeded improvements that didn’t increase the home’s value. They only narrowed my profit margin!”

Her biggest mistake was purchasing four “granite-look” painting kits to redo the counters in the kitchen and bathrooms on a budget.

“It turned out terribly—gray and black paint blotches that looked nothing like granite,” says Carpenter.

The counters all had to be redone, costing thousands of dollars more than she had originally budgeted.

It’s common to want to complete some home improvements before putting your house on the market, but doing so might plunge you head first into a mess of expensive repairs.

“I had a seller who wanted to renovate his two-family home before putting it on the market,” says Rebecca Haines, account coordinator at New York’s Relevance International.

The seller wanted to install new insulation throughout the home, despite the contractor’s warning that gutting the walls could lead to plumbing problems.

Sure enough, the difficulties started piling up. The seller had to install a new sprinkler system throughout the entire house to meet new building codes. This ended up costing thousands of dollars, and the seller did not receive a good return on the investment.